What if there was a natural, ethical & legal way to stimulate biologically effective levels of growth hormones, especially the ones ethic-challenged athletes use illegally, like EPO, erythropoietin AND HGH, Human Growth Hormone?

When WHN started working with mature athletes, like Dara Torres, we observed physiological changes that looked like more than extra oxygen.

Dara started to see some unexpected effects beyond endurance and strength.  She gained a lot of muscle — fast.

The scale showed about 12 pounds of muscle gain from Jan thru March.  Don’t get me wrong – Dara is the totally awesome athlete – but how could she add that much muscle that fast at 45?

The new muscle mass made her look much stronger than the Time Magazine cover (right).  Her shoulders were at least 2 inches broader this year – and her already awesome legs were wicked ripped. Why?

When the High Park fire burned my house, I couldn’t get to the Olympic trials in Omaha.  We used lactic-flush protocol to wash out lactate and release performance waste between her races.

Why did ExtremeO2 produced the same sort of results that we only see with young athletes, or those using hormones?

How could cells lacking oxygen or nutrients respond to hormone signals?

Simple, they can’t.  This means nutrients and oxygen matter as much as hormones.

These effects suggested that ExtremeO2 was doing more than we thought.  We know it opens vascular pipes, See Ardenne, but the rapid progress, with mature athletes suggested more was happening than we could explain by awesome tissue oxygenation.  We were seeing a younger, revitalized, hormone response pattern – similar to what we’d expect in a developing body.

So if you’re interested in more – stay tuned.  ExtremeO2 is available from our store. 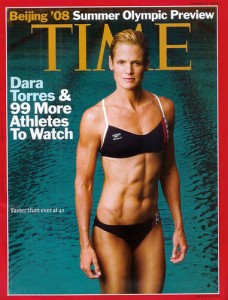